I n my earlier articles I had advocated that Africa’s model for growth and development should be spear-headed by the state and supported by the private sector. One critical area for the state to drive is innovation.

This is because development cannot happen without an environment that prioritises and promotes innovation.

I am inspired by insights from the book, ‘State of Innovation’ by Fred Block and Matthew Keller, which provides a deep dive into how innovation had been successfully organized over the years in the United States and other countries.

The economist, Mariana Mazzucato, in the Entrepreneurial State, illustrates Apple’s success as being anchored on state-funded technologies, which were responsible for smart features such as touch screen display, GPS, and the voice activated SIRI among many others.

Therefore, African governments can and must play central roles in driving, promoting and coordinating innovation. It is not enough for the government to only spend on basic research; it would need to set the direction and ensure that structures exist to enable collaboration between public, private, and the third sector to give rise to investment-led growth that crowds-in activities across actors and sectors.

The expected resultant effect of the state playing co-creating and co-shaping roles is that priority societal challenges will be resolved, and public value will be created.

To achieve success in driving innovation, governments will need to establish missions to provide the means to direct research, innovation and investments to solve societal problems, while also spurring growth and jobs.

The Mission-oriented approach puts the state at the heart of the process of innovation as it involves the collaboration of different sectors to solve specific problems and not just using environmental regulations and tax incentives.

The Lagos State Innovation Master Plan that was launched in December 2019 by the Lagos State government is definitely one to watch as it is meant to engage with the technology ecosystem to co-create solutions for its Smart City agenda.

This aligns with the state’s vision statement- “Making Lagos Africa’s model mega city and global economic and financial hub”. This master plan can be assessed as a mission-oriented approach for the state if it enables the development and implementation of innovative solutions to solve Lagos’ major problems, which have been clearly identified under the governor’s T.H.E.M.E.S, which stands for T- Traffic Management and Transportation, H- Health and Environment, E- Education and Technology, M- Making Lagos a 21st Century Economy, E- Entertainment and Tourism and S-Security and Governance.

Finally, setting up a mission-oriented office to facilitate, coordinate and fund viable solution-driven innovative projects for more sustainable states and country should be considered. This unit should, among many things, be responsible for driving collaboration and partnership between public, private and civil society. . Alternatively, the office of SDGs & Investments could be enhanced to take on the mission-oriented innovation approach to investments in states and the country. 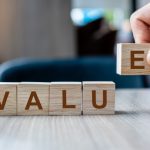